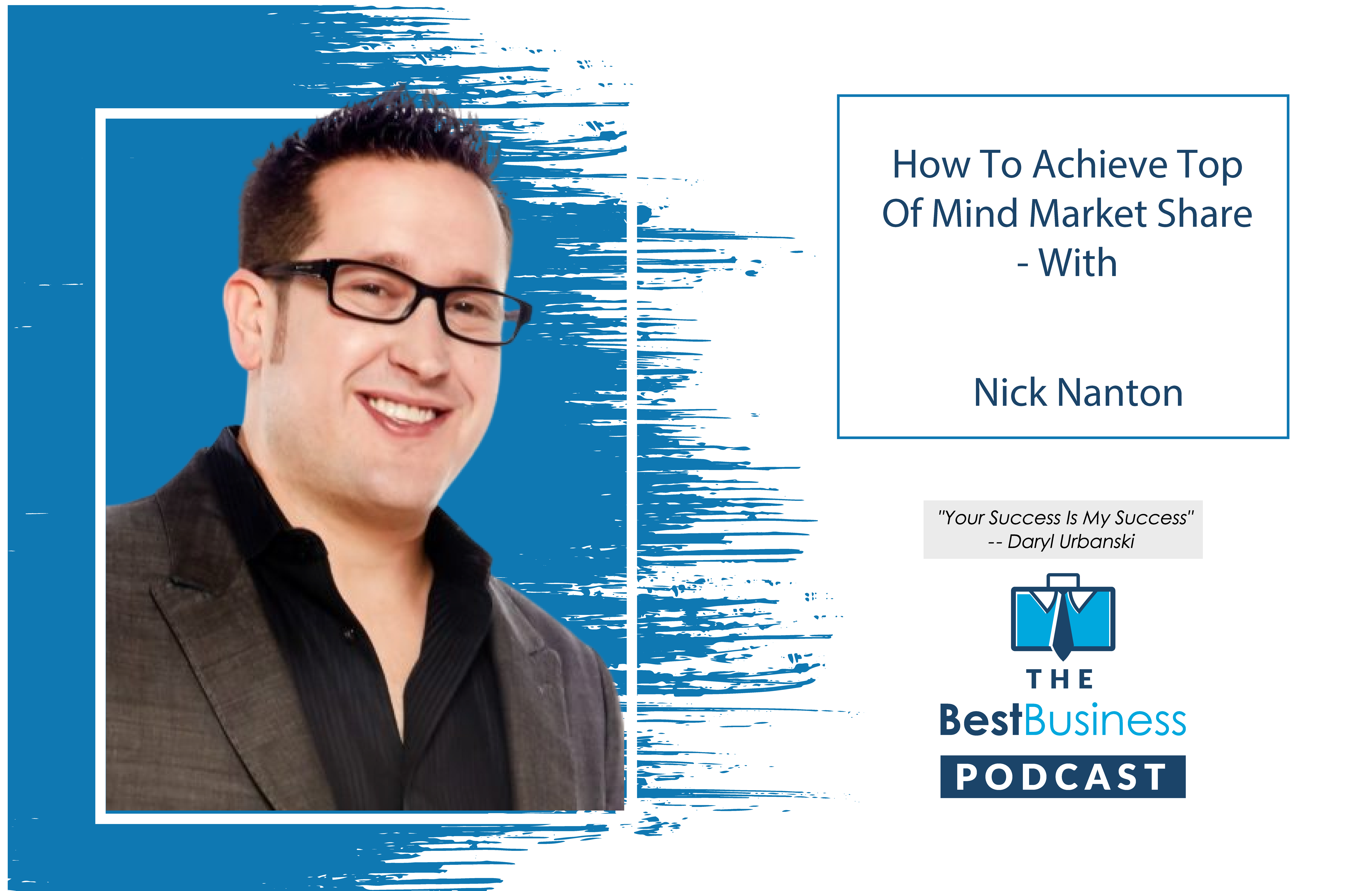 How to Achieve Top of Mind Market Share – With Nick Nanton

Today we are joined by a very special guest and a guy I’ve known for.. Geeze.. Probably going on 6-7 years now… I’ve seen him at conferences, on stages… just around in the same circles for years until we finally sat down at a very special dinner in Toronto with Brian Kurtz, UJ Ram

das and a few other very elite experts…

Let me tell you, you’re in for a treat.. He’s an Emmy Award-Winning Director and Producer. As well as the Top Agent to Celebrity Experts around the world for his role in developing and marketing business and professional experts, through personal branding, media, marketing and PR.

Nick Nanton is recognized as the nation’s leading expert on personal branding. He’s Fast Company Magazine’s Expert Blogger on the subject and lectures regularly on the topic at major universities around the world. His book Celebrity Branding You®, is an easy and informative read, also used as a text book in a few University courses. Pretty cool..

The CEO and Chief StoryTeller at The Dicks + Nanton Celebrity Branding Agency, with more than 1800 clients in 33 countries, Nick is an award-winning director, producer and songwriter who has worked on everything from large scale events to television shows with the likes of Steve Forbes, Brian Tracy, Jack Canfield (The Secret, Creator of the Chicken Soup for the Soul Series), Michael E. Gerber, Tom Hopkins, Dan Kennedy and many more.

Nick is recognized as one of the top thought-leaders in the business world and has co-authored 30 best-selling books alongside Brian Tracy, Jack Canfield, Dan Kennedy, Dr. Ivan Misner (Founder of BNI), Jay Conrad Levinson (Author of the Guerilla Marketing Series), Super Agent Leigh Steinberg and many others.

Nick has led the marketing and PR campaigns that have driven more than 1000 authors to Best-Seller status. He’s been seen in USA Today, The Wall Street Journal, Newsweek, BusinessWeek, Inc. Magazine, The New York Times, Entrepreneur® Magazine, Forbes, FastCompany.com and has appeared on ABC, NBC, CBS, and FOX television affiliates around the country, as well as CNN, FOX News, CNBC, and MSNBC from coast to coast.

co-founder of the National Academy of Best-Selling Authors, a 16-time Telly Award winner, he spends his spare time working with Young Life, Downtown Credo Orlando, Entrepreneurs International and rooting for the Florida Gators with his wife Kristina and their three children, Brock, Bowen and Addison.

I’ve asked Nick to join us today and share what he can in an hour about how we can all build our businesses using these time tested & proven techniques I’ve witnessed him uses for almost a decade now.

My mission is to create 200 new multi-millionaire business owners who solve world problems with entrepreneurship. How? You’ll do better when you know better.

Would it help you to hear them talk to other high-level entrepreneurs about their journeys, their mistakes and how they overcame their challenges to create the lives and financial success they desire?

The Best Business Podcast was created for you to have all this in one place.

If you like it, please subscribe, give an honest review and share with a friend you think will benefit so I may serve you both together.

“Your success is my success.” — Daryl Urbanski