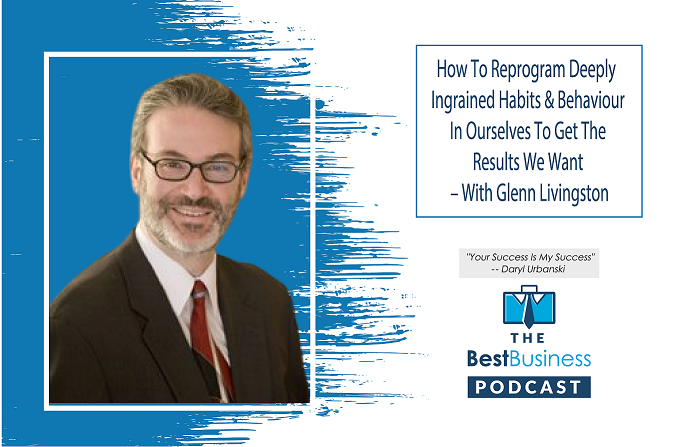 Today we have our second interview with a very special guest.. If you like this then after, you’ll definitely want to go back and listen to the first. Today we’re talking with man I have admired and followed for years.. I’m about to go through his bio but one of the things not mentioned is his list of ‘who’s who’ mentees and proteges owing a large part of their success to him. The man I’m talking about is the one, the only the irreplaceable Glenn Livingston.

Glenn is a Ph.D. veteran psychologist from a family of 17 psychologists and the long time CEO of a multi-multi-million dollar consulting firm which has serviced several Fortune 500 clients in the food industry.

You’ve probably seen his (or his company's) work, theories, and research in major periodicals like The New York Times, The Los Angeles Times, The Chicago Sun Times, The Indiana Star Ledger, The NY Daily News, American Demographics, or any of the other major media outlets available around the world. Including big players such as ABC, WGN, UPN TV and/or CBS radio.

Disillusioned by what traditional psychology had to offer overweight and food obsessed individuals, Dr. Livingston spent several decades researching the nature of bingeing and overeating via work with his own patients AND a self-funded research program with more than 40,000 participants.  Most important, however, was his own personal journey out of obesity and food prison to a normal, healthy weight and a much more lighthearted relationship with food.

Our habits and behaviour are so critical to our success.. They can make us or break us.. So I’ve asked Glenn to come back and join us today to talk about his project at www.neverbingeagain.com to discuss deeply ingrained habits, behaviour, how to reprogram them and ourselves to get the results we want…