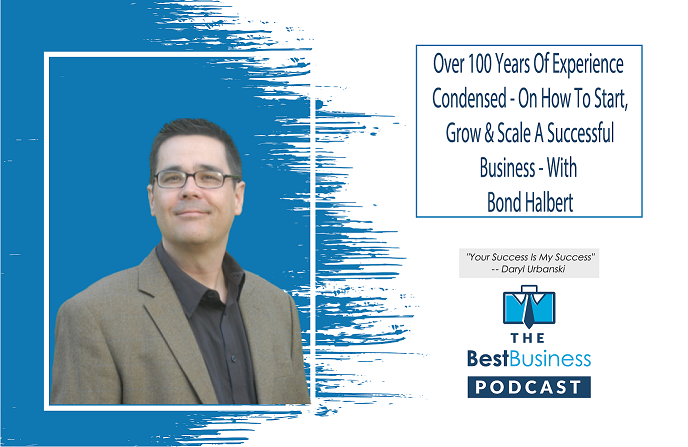 Over 100 Years Of Experience Condensed – On How To Start, Grow & Scale A Successful Business – With Bond Halbert

My name is Daryl Urbanski, your host as always And today we have a returning guest…  We are joined by none other than Bond Halbert, the living legend.

Bond, through his father, got one of the most in-depth marketing educations in history.

Gary Halbert passed all his knowledge on to Bond, like any father would to their son who they want to carry on the legacy and prove this stuff is in the family genes.

Today, Bond has had massive success in his own right, selling millions of dollars of info-products, and guiding many businesses to success. His wisdom is sought out by some of the top marketers on the planet… He’s been doing for more than 30 years, in fact he’s been doing this for his entire life.

This is Bond, not james bond but the same son who was stuffing, stamping and sealing direct mail envelopes when he was only 2 years old.

The same son who trained copywriting and advertising starting at the ripe old age of TEN.

The same son who played guinea pig for all the lessons Gary taught his protege’s or used in his timeless newsletters.

Gary taught Bond everything he knew about business...he went to mastermind meetings and seminars like other kids went to baseball games. Plus he’s now got decades of battle tested, in the trenches, experience & results for himself.

It is such an honor and I am very excited to introduce you to him for our second interview today.