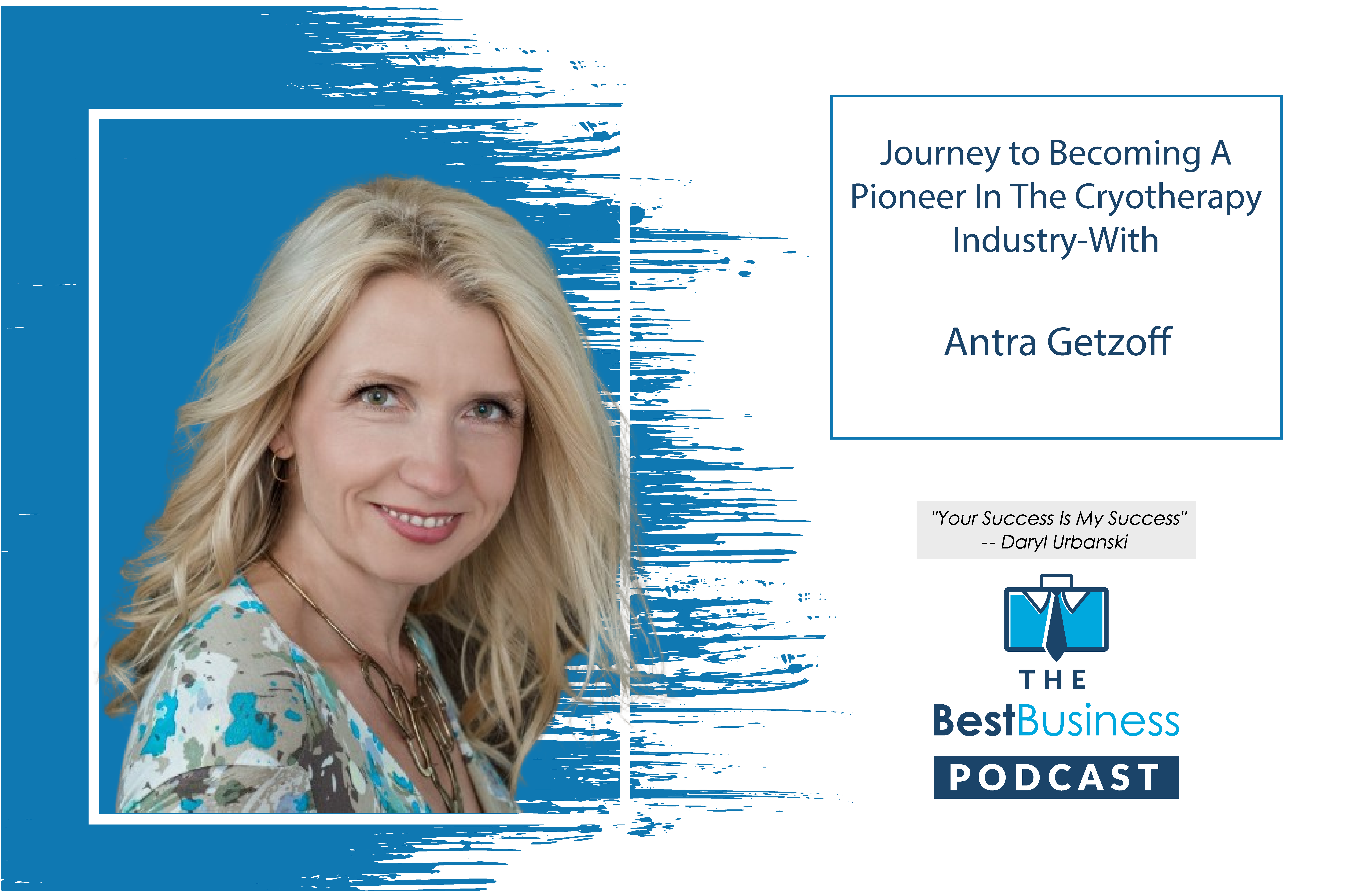 Today, we are joined by Antra Getzoff, the founder and CEO of The International Alliance for Cryotherapy Professionals, also called CryoProsUnited. Through CryoProsUnited, her mission is to help a million people live a pain-free life by 2020.

After over 10 years of selling cryotherapy equipment, she has become a leader and the focal point of the industry. Antra has led over 1,000 small business owners out of their struggle and toward their dream businesses.  She has also encouraged them to reach a meaningful goal, something greater than themselves, through cryotherapy.

In this episode, Antra shares with us her journey. She also tells us about her business model to help us be better leaders and smarter marketers.

Antra is a native of Latvia. Leaving her country behind to start a new life and business in America has not been easy. It was especially challenging adjusting to the cultural differences. It took her some time, but she eventually learned to distinguish who is genuine and sincere from those who are not.

Cryotherapy was not an industry, even back in her home. But she believed in its benefits and saw the opportunity of introducing it to a bigger market. She analyzed the situation, decided to pursue it, and was committed to doing it. The notion that the universe will somehow take care of it for you is not real, so you have to work hard to make it happen.

Sometimes, if you do something and people don’t start cheering immediately, you perceive it as a failure. This mindset will not get you anywhere. Figure out your mistakes and correct them as you go, instead of spending your energy beating yourself up.

Find consistency in everything that you do. Dedicate time and action to the direction you want to pursue.

For more insights, connect with Antra: