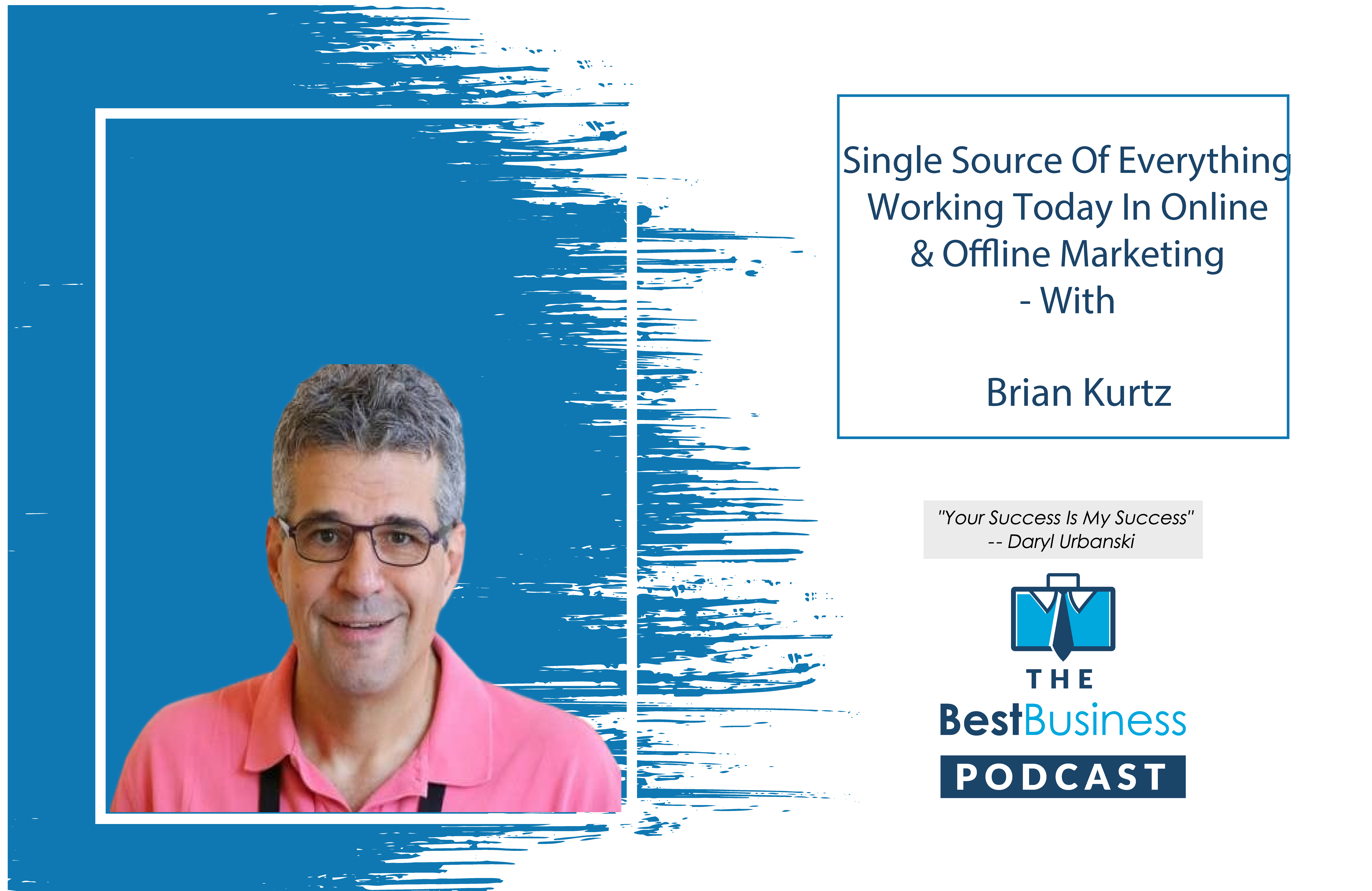 Today we are joined by a friend and one of my esteemed mentors - weather he knows he is or not.. A man you should all know and if you don’t you will soon… The one the only… Brian Kurtz..

Let me tell you a little bit about Brian..

Brian has been a serial direct marketer for over 35 years.

.and yes he's had much success, which I’ll tell you about in a minute… But he also admits to trying to sell subscriptions and books on the back of ATM receipts and under yogurt lids because it “seemed a good idea at the time..."

So after 34 years and many of them as VP of the company, Brian left his beloved and the world famous Boardroom in January, 2015.

Over 34 years he mailed close to 2 billion pieces of direct mail (and he did NOT lick every stamp!).

For those of you who don’t know, Direct mail is the godfather of what most of what works today in online marketing. It’s just done digitally now.

He was also responsible for the distribution of millions of other impressions and promotions in a wide variety of media, both offline and online, using the most innovative direct marketing techniques while working beside the most legendary copywriters and consultants who have ever lived in the history of the world, ever...

Brian was instrumental in building Boardroom’s print and electronic newsletters, including Bottom Line/Personal, Bottom Line/Health, Bottom Line Secrets and Daily Health News.. All which are now around 2 million subscribers.

Think about that the next time you’re stuck in traffic.. Look around and think about how many people you can see in their cars and then close your eyes.. To try and imagine 2 MILLION subscribers..

He was also responsible for selling tens of millions of books, mostly in health and finance, for consumers. His new mission for the next 35 years of his career is as the Founder of “Titans Marketing LLC”. He will be the bridge between the eternal truths of direct response marketing and all that is considered state-of-the-art in direct response today.

In September of 2014, to kick off that mission, Brian hosted an event I was fortunate enough to attend.. An event many call the event of the decade: "Titans of Direct Response."

"Titans” brought together the greatest minds in direct response marketing from the last 50 years...both as speakers and attendees. Titans Mastermind is the next big step in that mission as “The Bridge.”

Brian writes and speaks regularly; recent content can be found at www.briankurtz.me. But truth be told, Brian is really just a Little League Baseball Umpire and does this direct marketing stuff on the side...his ultimate goal is to umpire in the Little League World Series in Williamsport, PA while he is still upright...and he hopes it happens soon…

You have already reported this
Clear Clear All