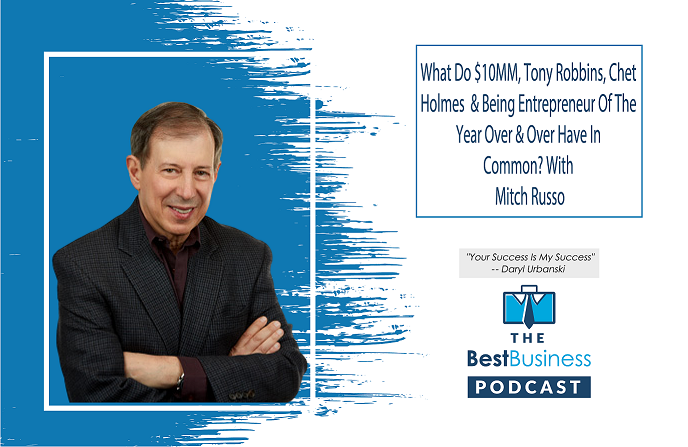 Success doesn’t happen overnight. The journey to success is a long process of working through each step of failure, motivation, and inspiration. It is through this process that you grow and strengthen your beliefs and become more confident in every decision that you make.

In this episode, the one and only Mitch Russo joins us to talk about how to become an entrepreneur, how building a real company is like, and how business owners can achieve their business goals. Make sure that you tune in to this podcast to learn the greatest business wisdom from Mitch firsthand!

Mitch Russo co-founded Timeslips Corporation, the largest time-tracking software company in the world. When Timeslips Corp. was sold to Sage, he served as its Chief Operating Officer. He was also a pioneer, and later the President and CEO, of the virtual organization Business Breakthroughs International, together with Chet Holmes and Tony Robbins.

Mitch is the author of the bestselling books, “The Invisible Organization,” and “Power Tribes – How Certification Can Explode Your Business.” In 2017, he launched the SaaS platform, The Results Breakthrough Network. Today, Mitch hosts the Your First Thousand Clients Podcast, where he discovers the secrets of successful business owners.

For more insights, you can reach Mitch and set up a call with him for free on his website.

How To Become An Entrepreneur and Find Success

Overcoming the Greatest Challenges in Business

The Biggest Motivation About How to Become an Entrepreneur

Advice for How To Become An Entrepreneur And Face Struggles

Failures and Turning Points For How To Become An Entrepreneur

“Your success is my success.” — Daryl Urbanski